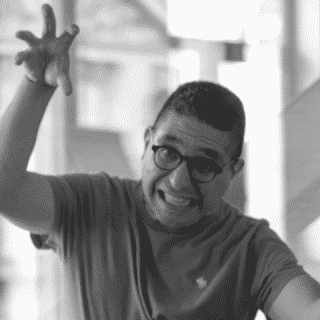 From the olden days of DOS, to the contemporary world of Software Testing, Gil was, is, and always will be, a software developer. He has in the past co-founded WebCollage, survived the bubble collapse of 2000, and worked on various big cloudy projects at Wix.

His current passion is figuring out how to test software, a passion which he has turned into his main job as Evangelist and Senior Architect at Applitools. He has religiously tested all his software, from the early days as a junior software developer to the current days at Applitools, where he develops tests for software that tests software, which is almost one meta layer too many for him.

Docker and the Path to a Better Staging Environment

Even when the staging environment is great, it has one problem – there’s only one. If you want to test a feature branch, you have to “allocate time”, or alternatively install the feature branch and risk disrupting other testers.
It’s time the testers took control! And build their own testing environments using Docker, Docker-Compose, and Kubernetes.

In this talk, I will show how to deploy an app on your local machine using Docker and Docker Compose, and run an E2E test on it. I will also describe the necessary changes needed to make the application deployable in such a setup – turning it into a Twelve-Factor Application.

Four Pillars and a Base: The Nuts and Bolts of a Microservice-based Project

OK, OK, you get Microservices! Gil is not going to preach about the benefits and problems with Microservice-based architecture. You can find hundreds of those talks online.

What Gil is going to show is how his company implemented a Microservice project. The nuts and bolts of creating a repo with all the microservices, the structure of the code of each microservice, and creating packages with the common code. Also how to build a docker image from these microservices, how we test the whole thing, how we build the project, how we deploy it in production, and how we monitor it.

It’s going to be a really boring talk, full of lots of tips they learned in blood in the last year of implementing this.

So be prepared to be bored! And, hopefully, educated…

Back to Speakers List
We use cookies to ensure that we give you the best experience on our website. If you continue to use this site we will assume that you are happy with it.Got it!Read more